If you wish to submit your material for review simply contact me via the blog and I will give you a mailing address. I prefer full length releases to review. I Do Not review hiphop/rap/ trance/techno/ dj/dance/most jazz/hard rock/metal/progressive metal/death metal.
contact me if you are not sure and send a link I will get back to you. You can also submit via Sonicbids. 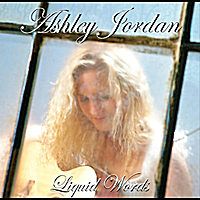 Ashley Jordan’s, Liquid Words is a CD that pulls the influences of country, folk and pop into a mesh of sounds that has a heart felt honesty to it. A new country sound that hints at the old music not played by many artists today something that is not lost on Ashley. She employs the old traditional instruments, banjo, fiddle, pedal steel that holds true to some of the older country sounds. This gives the music warmth that is lost on many of the newer pop country artist who are losing touch with the roots of country without even realizing it. However, Miss Jordan is not just a country singer; Framed and In a White Room are pure pop ballads without any trace of country at all.
The tracks show the many influences of Ashley as she follows in the footsteps of tried and true pop musical forms.
The real strength of Liquid Words is the songs that have their roots in country or folk. Get On Home fits in the world quite nicely with its pedal steel ringing that gives the song a down-home feeling.
A winsome, lonely sound, her songs have much in common with folk music or singer songwriter’s as well as country and pop. The simple approach of Liquid Words fills the speakers with songs of angst and songs of hope. This simple production works to great effect though out the release, the music is never overblown or over produced like so many other artist. Ashley Jordan’s Liquid Works is a hint if what is to come from this emerging new artist.